Reykjavik 26th of July 2017
by Neurophysiology Plus Iceland

Cutaneous silent period can be preserved in entrapment neuropathies (KofIer et al 2003). It is known that the more severe the neuropathy is, the more impairment of A-delta fibers can be found (Duarte et al 2016). In patient with severe CTS the mean onset latency was increased to 85.0 ms (SD 8.7 ms, P < 0.01) Silvpauskaite et al 2005. 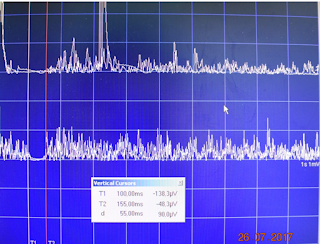 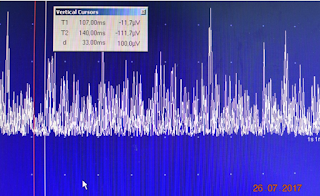 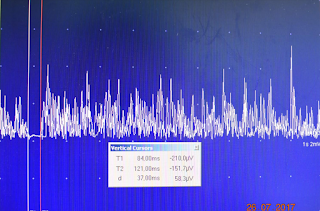 After we diagnosed very severe CTS in the right side and severe CTS in the left we performed A-delta & alpha motorneurons driven CSP from 2 digit and there was no clear inhibition of the voluntary contraction (onset 107ms). Then, we checked again from the palm-thenar region and we observed CSP with onset 100ms, end 155 ms and 55ms duration. Also a clear silent period was obtained after stimulation from the wrist, the mixed median nerve and record from abductor pollicis brevis.
Conclusion: Sensory fibers (small and fast) are the last in be damaged and the injury do not occurred at the wrist carpal tunnel as it happened with axonal loss of the large sensory fibers.  At this moment there is not clear if those fibers are only the A-delta or there might be another sensory input by direct electrical stimulation of other fiber type (proprioceptors?, muscle spindles?) 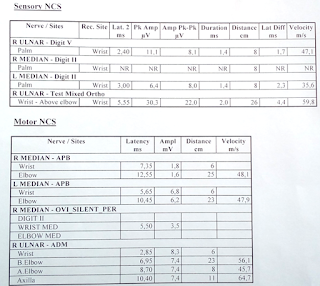 The P300 (P3) wave is an event related potential (ERP) component elicited in the process of decision making.


Since the mid-1980s, one of the most discussed uses of ERPs such as the P300 is related to lie detection. In a proposed "guilty knowledge test" (Farwell & Smith, 2001) a subject is interrogated via the oddball paradigm much as they would be in a typical lie-detector situation. This practice has recently enjoyed increased legal permissibility while conventional polygraphy has seen its use diminish, in part owing to the unconscious and uncontrollable aspects of the P300. 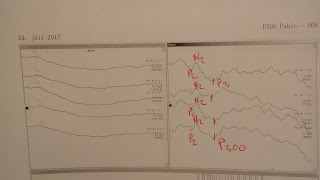 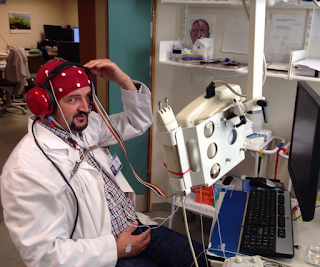 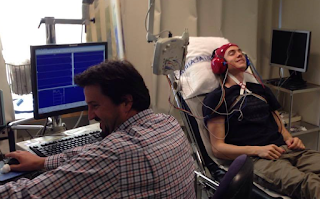 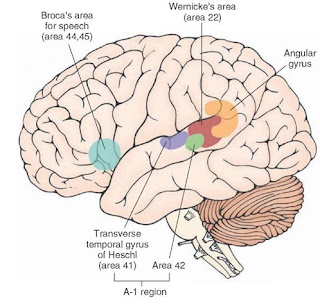 Primary Auditory Cortex: In humans, the primary auditory cortex is located in the transverse temporal gyri (of Heschl) of the medial aspect of the superior temporal gyrus. Brodmann’s area 42 is the auditory association area. Together, Brodmann’s areas 41 and 42 are called the A-1 region and receive projections from the medial geniculate nucleus (geniculotemporal fibers or auditory radiations). The tonotopic organization in the auditory relay nuclei is maintained in the auditory cortex as well. One of the secondary auditory areas includes Wernicke’s area, which is important for the interpretation of the spoken word. 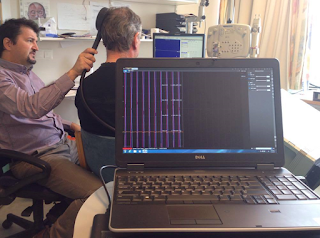 The preoperative studies used to identify the structure and the "function" of the eloquent brain are MRI, fMRI, CT, DatScan, SPECT, PET, TMS. From all these TMS-EMG and TMS-EEG modalities are used for motor mapping and speech mapping or EEG temporal related evoked potentials. The results, the identified motor hot-spots or speech area are then saved and used in operating room by neurosurgeon. 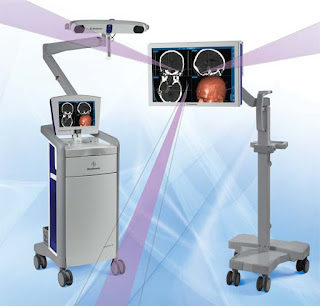 If eloquent brain areas and motor cortex hot-spots with Talairach coordinates are already set on the patient MRI (structural model of the brain) before surgery the neurophysiology and neurosurgery team will use them when proposing the surgery and during the resection of tumors or abnormal (non-functional) tissues. 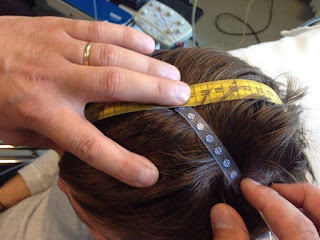 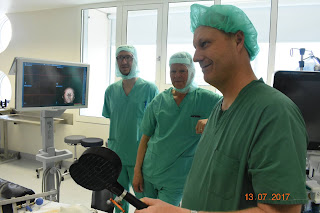 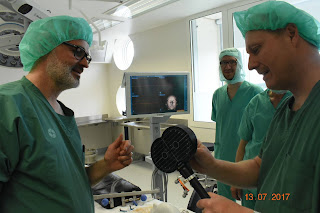 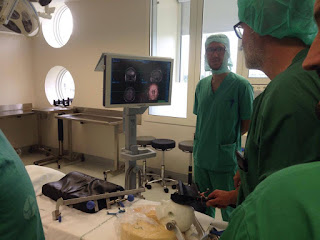 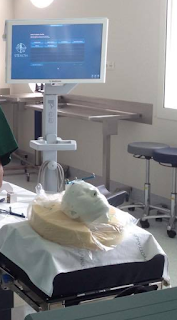 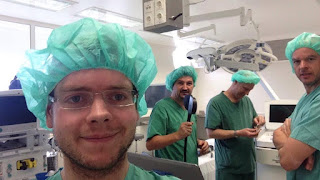 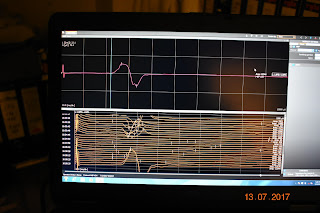 In Iceland, preoperative motor mapping started in January 2017 (here) and recently a team formed by Ingvar Hakón Ólafsson, Aron Björnsson, Ágúst H. Guðmundsson (Intermedica/Medtronic), David B., Aron Dalin Jónasson and Ovidiu C. Banea could prove the combination of operating room neuronavigation system (Medtronic) with TMS motor mapping and Intraoperative device (Nim Eclipse Medtronic).
The pilot study was successful and was performed in surgery room. In close future the preoperative neuro-navigated mapping will be used for the proposed patients before surgery time.
at July 18, 2017 No comments: